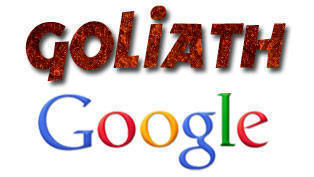 Ok. We get it. Google is huge. Massive. Gargantuan. All of the above.

Think about the painstaking process of finding anything on the World Wide Web back in the late 90s before “Google” became a verb synonymous with search.

We had to askjeeves, whoever he was, and cross our fingers at the chance getting something in the ballpark of our query.

Google has a way of transforming the way we use the Internet, or the way the Internet uses us.

Sure, you may think you’re searching for things with Google. But really, Google is searching you. You impulsively “Googled” multiple variations of the keyword “engagement rings” six times in one hour. Just to see what your options were. And now, for the next few hours, you’re bombarded with ads on the side and top of your page for any and everything wedding related.

Google has recently begun using AdSense for search retargeting. Google’s AdSense uses your latest search queries (engagement rings, wedding dresses, is my boyfriend going to propose, how to deal with in-laws) to give you specifically targeted ads. They know you better than you know yourself, and search retargeting won’t let you forget it.

Remember when Mapquest.com jettisoned to popularity? People couldn’t believe they were able to get directions from the Internet and took off on three-hour road trips to visit everyone from old college roommates to in-laws they hardly even liked.

Then Google Maps launched, gained popularity and turned Mapquest.com into a cartographical wasteland. The reasons for this? We use Google for everything else anyway. Plus, Mapquest.com had a tendency to get you almost there, but not quite.

And Google Earth provides a whole new level of exploration and navigation with which Mapquest.com couldn’t compete.

Email was really cool, like fifteen years ago back in the days of Hotmail, Netscape, and AOL. Then Yahoo! launched its email service and revolutionized the way people communicated with distant relatives or even next-door neighbors. Yahoo brought the ‘cool’ back to email for a bit. Addresses like “[email protected]” became child’s play while people flocked to Yahoo! to have a better domain behind their names. Then Google launched Gmail.

And now, who can even name ten other email providers besides Google?

Facebook is still a social networking monster. Without it, most people wouldn’t be able to keep in touch with friends, reconnect with old buddies, and chat with family in other countries, or cyber-stalk their ex.

Google+ could turn Facebook into the ‘new’ Myspace. Ouch.

Whether it’s even more accurate search retargeting, the next Facebook or the furthering of advanced applications like Google Docs, no one really knows what Google will do next.

Except for maybe—Google? Yeah. They’ve got something up their electronic sleeve.

Holly Watson is a self proclaimed social media and tech guru. She has a degree in political science and enjoys following the trends in low income health insurance and social networking.

The most interesting mobile devices released in 2011!