World of Warcraft – Wrath of the Lich King 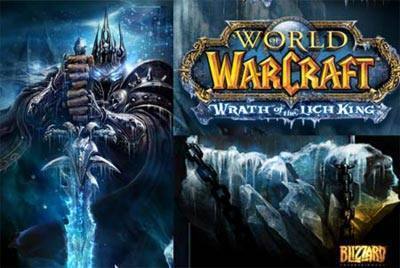 World of Warcraft is one of the most biggest online multi-player game, another amazing thing is that it broke the 10 million milestone record.

Blizzard said, WOW would be receiving a second expansion pack later last year, by the holidays to be precise. but unfortunately it was delayed – many WOW gamers were surely upset of this act. But on the other hand people are dying to play this game, seem there will be hand full of improvements to the game, terrain, etc, etc. The max level cap is also said to increase up-to lvl 80.

World of Warcraft : Wrath of Lich King is said to be out in 2008 now, better be ready for the Wrath of the Lich King 😉

Below is a sneak-peak of what you’re going to see in the new World of Warcraft: Wrath of Lich King.