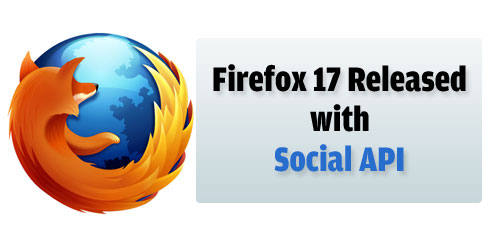 Well its true, Firefox 17 was just recently out and with it released a cool new feature which is the new Social API, also known as the “Social Bar” or “Social Sidebar”.

With the Social API, you will be able to see incoming messages and notifications and also quickly begin chats with friends and colleagues. The whole idea behind the Social API is to be able to have a quick view into a site without having to switch back and forth between tabbed pages in the browser. 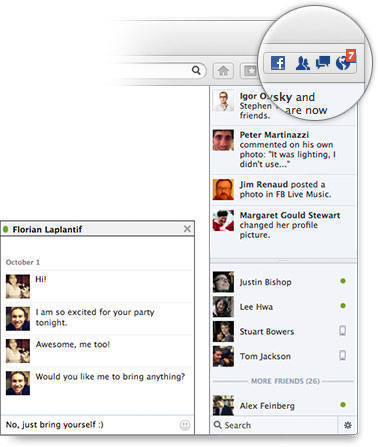 Now you don’t need to keep your Facebook page opened, Facebook will become part of your browser once you install this update; The only thing you will need to do to get this feature up and working would be to visit the Facebook Messenger for Firefox Page and activate this new feature.

With Facebook Messenger inside a sidebar, you can check your notifications and see updates like comments and photo tags and even new friends request. You will be able to respond right in the sidebar or you also can hide it when you find it distracting.

Currently, Facebook is the only social service supported but hopefully in the next update we will see support for more services such as Google Plus.

The Social API can work different kind of services such as Gaming, Email and other sorts of Financial and News websites, so you might see this feature becoming available from different websites in the future.

Its also to be noted here that since Firefox is open source, other browsers may make similar implementations in their browsers, for example Google’s Chrome. But so far there has been no news regarding who may do so.

Other changes in Firefox 17

The Social API is one of the changes in the latest version of Firefox; But there are many other changes and improvements for you to upgrade to Firefox 17.

These changes might only affect and interest those people who are web developers and/or web designers.

These are just some of the changes, you can also see the complete list of changes made in Firefox 17.